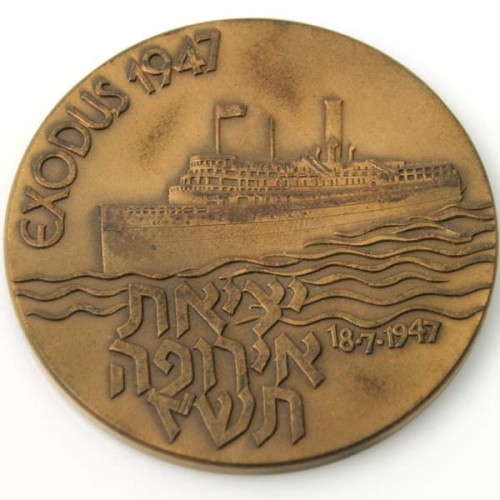 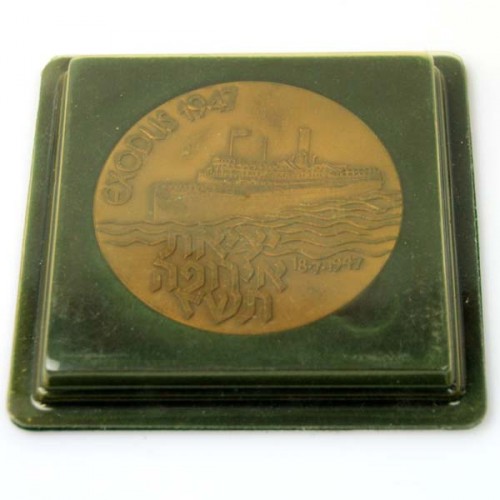 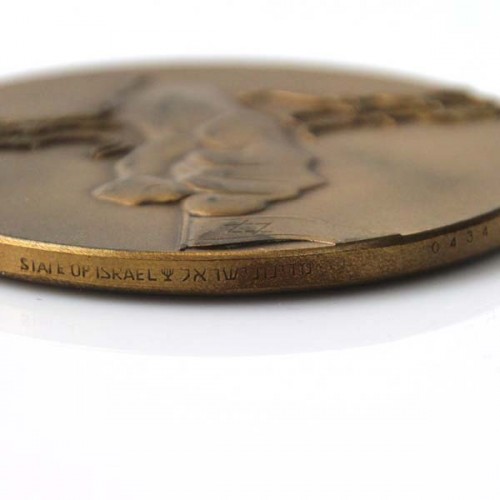 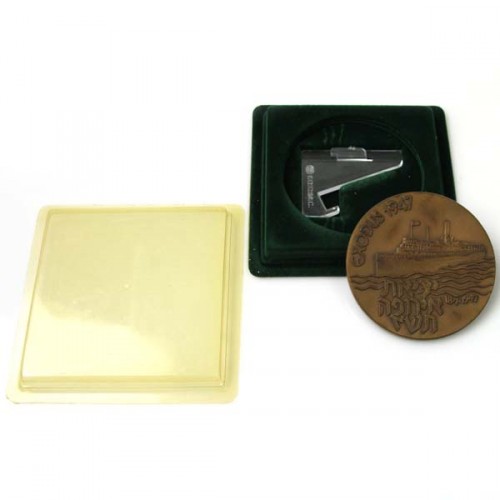 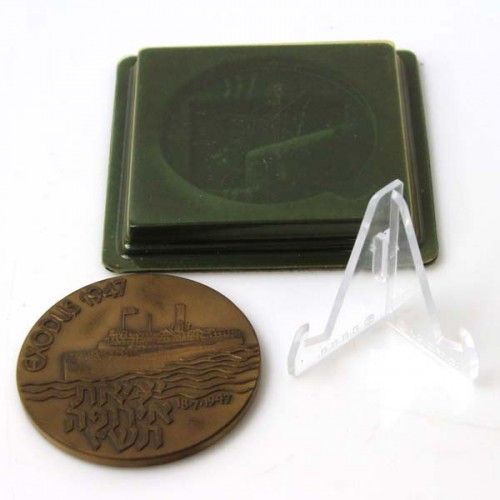 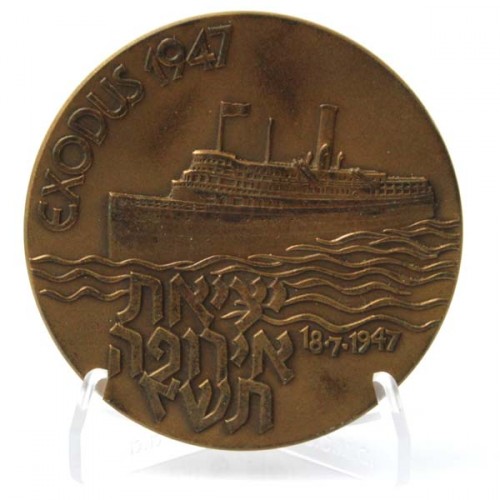 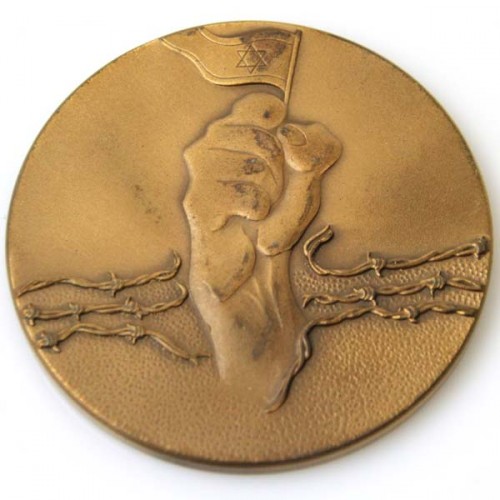 By Israel Government Coins and Medals Corporation (ICMC).
Obverse – The Exodus 1947 Ship, The words – “Exodus 1947″ in Hebrew and English and the date 18.7.47.
Reverse – A clenched hand holding the flag of Israel, breaking the wire enclosure separating the sea from the land, the symbol of the relentless struggle of the Ma’apilim for free immigration and the establishment of the State of Israel.
Edge – The emblem of the State of Israel, the words “State of Israel” (Hebrew and English).
Designed by Ruth Lubin.
Numbered – 0434.
Comes in the original green velvet box with a plastic stand.
Very good condition, minor scuffing.
Diameter: 7cm / 2.75in.

During the period of clandestine immigration (1934-1948), about 122,000 Jews arrived in the country, of whom more than 100,000 came by sea on ships mainly from Europe.
Clandestine immigration ships were those on which the refugees sailed and from which they defended themselves against the ships of the British navy that locked the gates of Eretz Israel in front of them.
Some refugee ships carried just a few people, some hundreds and thousands – like the “Exodus”.
The British decided to forcibly return the immigrants to Europe.
The first ship against which the British decided to use their new strategy, was the Exodus 1947.
The Exodus was captured on 18.7.47 in mid-ocean and her 4,530 passengers were deported in three British transport ships to Hamburg, Germany.
The struggle of the unarmed immigrants against the British undoubtedly influenced the members of the United Nations to vote for the division of Palestine and the establishment of the State of Israel.